We offer FREE UK mainland delivery on orders over £40.

Not tried it as I bought it for someone who is excited to try it out. However I would like to say that the service from your company has been great.

I love this miso so very much. I like the taste of the soy in this paste so lovely

After reading benefits of unpasteurised miso and clearspring ordered few to share with family and friends, you can see the quality, attention to detail and great delivery, also person packed it put a snack which was greatly appreciated because when came home late after work was hungry needed something, clearspring tamari snack was just right. Thank you. 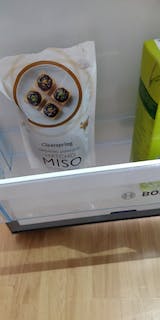 Sign up to our Newsletter and get 10% off your next order!*

Once you've confirmed your subscription, you'll shortly receive a discount code to use on your next order. After that, we send out a Newsletter once every few months. We promise never to spam you or pass on your details.

We send out a Newsletter once every few months informing you of events, new products and sales. You can unsubscribe at any time.

Let customers speak for us

I was making Ottolenghi’s recipe - Freekeh pilaf for the first time today and it required a dollop of Greek yogurt mixed with crushed garlic and lemon juice, however I am currently trialing a dairy free diet so I was wondering what to use as a substitute and had the idea to try silken tofu (which I had never tried before) so I wasn’t really that confident it would work but my goodness I was so pleasantly surprised, I whizzed up half the block with half clove of crushed garlic and 2 tsp of lemon juice, a little salt, added a dollop to my pilaf and was prefect as a substitute for the Greek yogurt, was so surprised, will def be buying again and look forward to experimenting with it further! 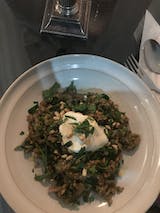 Subtle and light in flavour.giving a refreshing drink. The sachets are made with natural material.
This is the finest tea bag i have found. Suits my taste admirably.
Thank you, Clearspring.

Delicious, will definitely be ordering more. It’s in sea salt so you probably don’t need to add much in the dish you’re cooking.