I eat miso every day with my breakfast rice porridge. Being organic and made by Clearspring ensures its quality. I wish non-plastic packaging could be found, though. Recycling plastic is not an answer, since it degrades and eventually enters the environment in some form, all polluting.

One of my absolute favourites from Clearspring. I use all the different misos - hatcho, brown rice, sweet white miso - the barley miso 1kg drum is always my first choice for our daily miso broth. Made by the best producers with top notch ingredients. Thank you Clearspring. 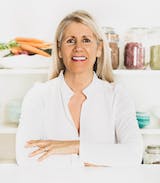