We offer FREE UK mainland delivery on orders over £40.

I use this to spice up my sauces, gravies, soups and dishes when I want that extra zing. Great to keep in the pantry.

I love this product. It’s very versatile and easy to use, adding wonderful flavour and interest to the simplest dishes. I will be ordering this again!

delicious and not too salty.

This is my favourite go to - add some to your soups, pasta dishes, or mix with some beans to make a superb tasting pate...the possibilities are endless. 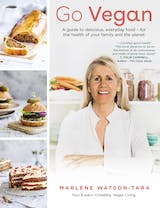 Sign up to our Newsletter and get 10% off your next order!*

Once you've confirmed your subscription, you'll shortly receive a discount code to use on your next order. After that, we send out a Newsletter once every few months. We promise never to spam you or pass on your details.

We send out a Newsletter once every few months informing you of events, new products and sales. You can unsubscribe at any time.

Let customers speak for us

Excellent rice cakes, been eating these for years,have them most days, great with homemade salmon pate. Please don't stop making them, I hope you find another manufacturer for these.
Excellent delivery service, thanks

Hi Liz, thank you for taking the time to leave a review. Unfortunately we are discontinuing with our current producer due to circumstances that are out of our control, but we are looking for a new supplier, as we know these are very popular among our customers. We have some stock remaining online if you need to stock up though. We hope this bad news turns into good news in the near future.
M
Organic Seaveg Crispies - Original (Crispy Seaweed Thins) M.C.
Seaweed

Thabk you for your amazing products! I have nothing to complain of. Just perfect products!!

Consume sencha green tea for more than half year. Love the taste. Enjoy it everyday. Thank you.